Dancer I Host I Actor I Visionary 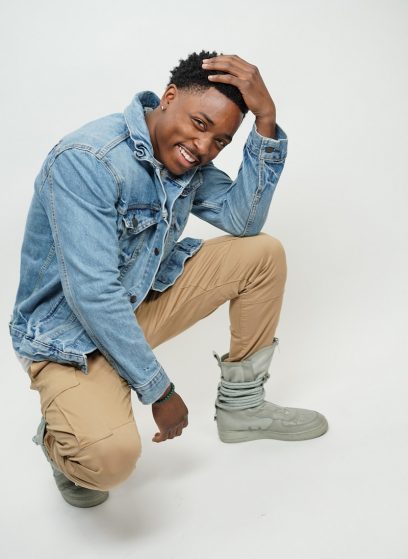 Torey Robinson was born in Suffolk, Virginia and raised in Ansonia, Connecticut. During his secondary education, the founder of a performing arts program called Daedream Theater Arts Company, Kim Francis, mentored Torey closely for eight years. As he trained and studied under her leadership, he became the Co-Director of the program and the Summer Camp Supervisor. He choreographed and directed over 5 showcases and mentored over 100 kids in this program. Torey then attended Cooperative Arts & Humanities High School as a dance major where he trained in Ballet, Modern, Jazz, and African for four years underneath Stephen Hankey and Kershaw Christine. In 2018, he graduated from Southern Connecticut State University with a Bachelors in Interdisciplinary Studies and a minor in Management in 2018.

Recently moving to Georgia in 2019, Torey continued his pursuit of becoming a professional dancer, actor, model and host. He is also currently taking acting classes with Angela Davis at Higher Elevation Studios and Scott Oakley at Nick Contii’s Studio. He also works as Assistant Manager at I-Inspire Studios, a state-of-the-art entertainment training compound. Some of the most notable projects Torey has executed are being interviewed on 94.3 WYBC, choreographed for an upcoming recording artist named Kendall, and performed for Tom Joyner’s 25th Year Anniversary Celebration.

Torey’s goal is to create a home at I-inspire Studios for talent to express their love for the arts and entertainment while impacting and making a difference in other people’s lives. He lives by the phrase “I believe movement creates change and through dance we can revolutionize the world within and around us.”

I-Inspire Dance is taking extra steps to safeguard the health of our guests, and employees. COVID-19 Response. Learn More X